How to enter China and win: lessons from failure

Though some foreign companies struggle in China, prospective entrants are better able than ever before to realistically assess their chances and plan for success, say Karl Ulrich and Lele Sang. IMD speaks to the authors of Winning in China: 8 Stories of Success and Failure in the World’s Largest Economy.

Multinational companies have now been operating in China for around three decades. Have they learned how to get things right yet?

Yes and no. More than one million multinational companies operate in China and many of them are profitable, so those ones have definitely learned how to get things right. Among the companies we looked at in our book were US chipmaker Intel, which in 2021 had a quarter of annual revenue coming from China (US$21 billion) and Italian luxury fashion group Zegna, which had 45% (€589 million). But we’ve also seen the failure of star players who have managed to succeed in many global markets except for China such as Amazon, Airbnb, Uber, LinkedIn and Norwegian Cruise Line. For them, success in China has remained elusive. 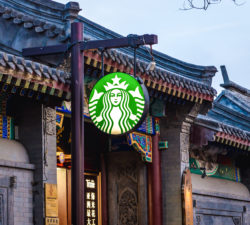 How to enter China and win: lessons from failure